During Beats by Dre’s Got No Strings campaign celebrating the launch of their new product BeatsX, USN planned and executed a poster giveaway with Beats Hero MIYAVI. Taking a guerrilla approach, the rock star signed Beats by Dre campaign posters in Shibuya. Beats by Dre Japan’s Twitter followers were then asked to find the signed posters in Shibuya to get a chance to win the posters.

Thanks to great communication between USN, the brand and its partners, the giveaway campaign generated high engagement and a lot of buzz. MIYAVI’s team reposted Beats’ Tweets onto their own channels, maximizing reach among MIYAVI fans. The giveaway campaign proved to be a successful activation to promote awareness of the new product with the help of a big talent. 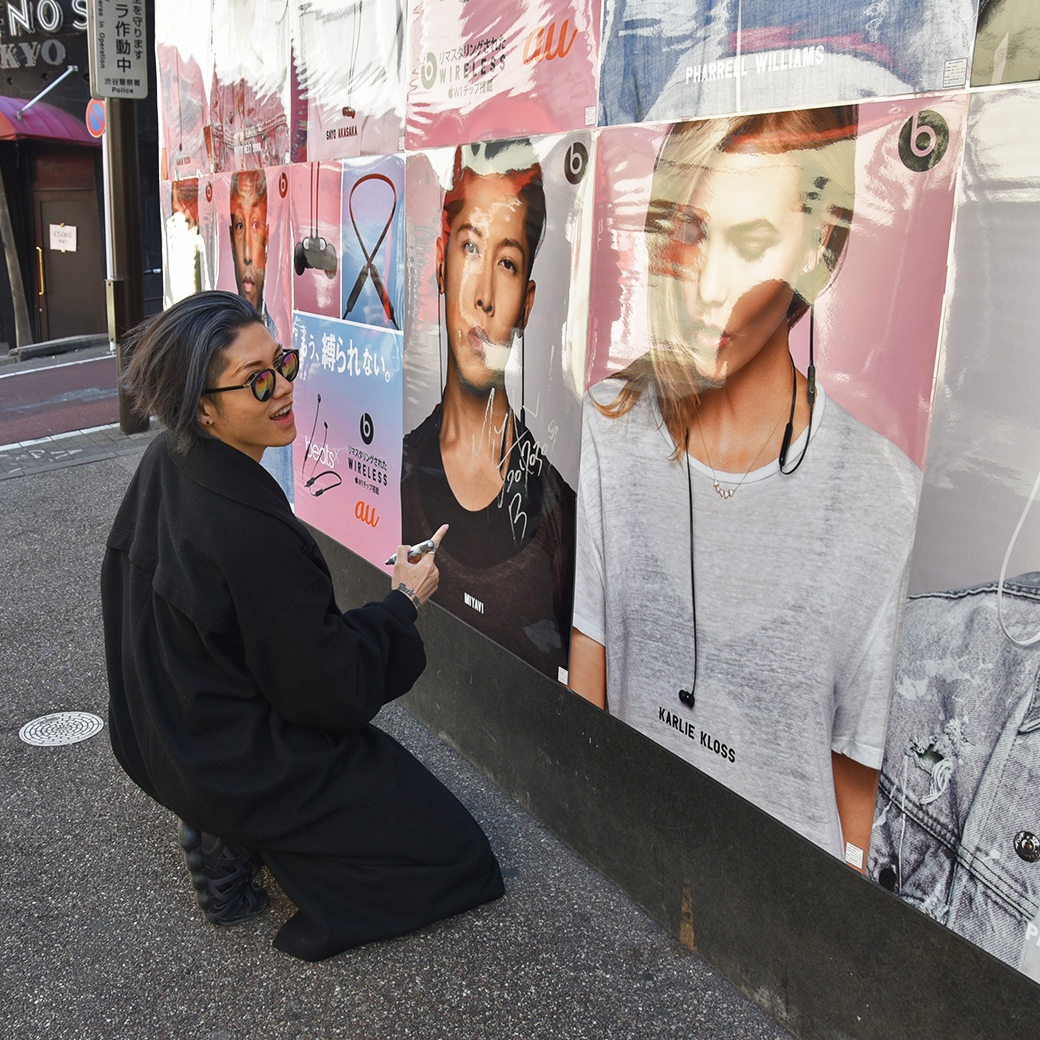